Motorists are handing over their old polluting cars to be crushed for scrap in exchange for £3,000 worth of alternative travel arrangements in what is the first scheme of its kind in the UK.

The pioneering offer has already been taken up by six environmentally-conscious car owners – with dozens more lining up to join.

The pilot initiative has been set up by Transport for West Midlands (TfWM) in Coventry where drivers of ageing, high emission vehicles have been quick to take up the offer.

In exchange for scrapping their car, owners are given £3,000 worth of mobility credits to cover the cost of alternative transport including buses, trains, taxis and car hire over two years. 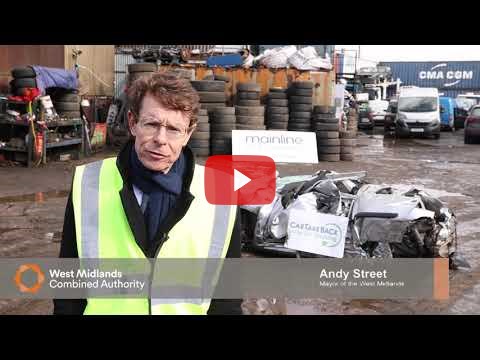 One of the first to wave goodbye to their car was mechanical engineer Mohammed Fasiuddin, from Foleshill. His 2006 grey Citreon C1, which he used for his daily commute to his office 16 miles away in Hinckley, has now been reduced to a cube of crushed steel.   Cllr Jim O’Boyle joined Mohammed Fasiuddin to see off the grey Citroen (image above).

Mohammed said: “I was a little sad to see the car go, but I haven’t been using it as much as I used to before Covid. I’m working from home more now so the offer came at the right time for me to get rid of it.

“It is a good deal with £3,000 to use for public transport, or a taxi or uber or a hire car – I have a bus stop two minutes away which is very convenient. And I no longer need to worry about the car breaking down or failing the MOT and a huge repair bill at the garage.”

Following lockdown Mohammed plans to work more from home and use public transport for his part-time commute rather than the car he had owned for the last four years.

His car was collected by scrappage and recycling firm Car Take Back who took it to the Mainline Salvage car recycling facility at Wolverhampton for crushing. 95% of the car will be recycled.

TfWM teamed up with Coventry City Council to work on the scheme and it has so far attracted about twenty volunteers who are going through the process to ditch their cars in exchange for the pre-paid transport only debit-card.

The £3,000 offered covers costs of alternative transport over two years and is being targeted at those who are looking to change the way they commute and want to reduce the costs of running and maintaining an older car. For most households running a car is the biggest expense after the rent or mortgage payments.

With £1 million funding being provided through the region’s Future Transport Zone initiative, there is capacity to take 250 high-polluting vehicles off our streets over the next two years.

Andy Street, the Mayor of the West Midlands, said: “The West Midlands is facing a climate emergency, and tackling that means reducing air pollution and finding ways to encourage people to cut out unnecessary private car journeys in favour of public transport or active travel such as cycling and walking.

“Our innovative mobility credits scheme helps do exactly that, and I would like to thank the volunteers like Mohammed and his family who are making this bold step to change their travel habits and setting an example for others as to how everyone can do their bit to help the West Midlands reach it’s #WM2041 target of carbon neutrality by 2041.

“At the same time as record investment in buses, rail, trams, and new safe cycle routes and a cycle hire scheme, we are also looking at creative solutions to our transport issues including the trials of e-scooters and demand responsive bus services currently underway in Coventry.

“Drivers will only leave their cars if suitable alternatives are available, and that’s why we are investing billions in public transport and active travel, as well as trialling these new innovative schemes.”

The Mobility Credits scheme is currently open to people in Coventry who own a car more than ten years old. 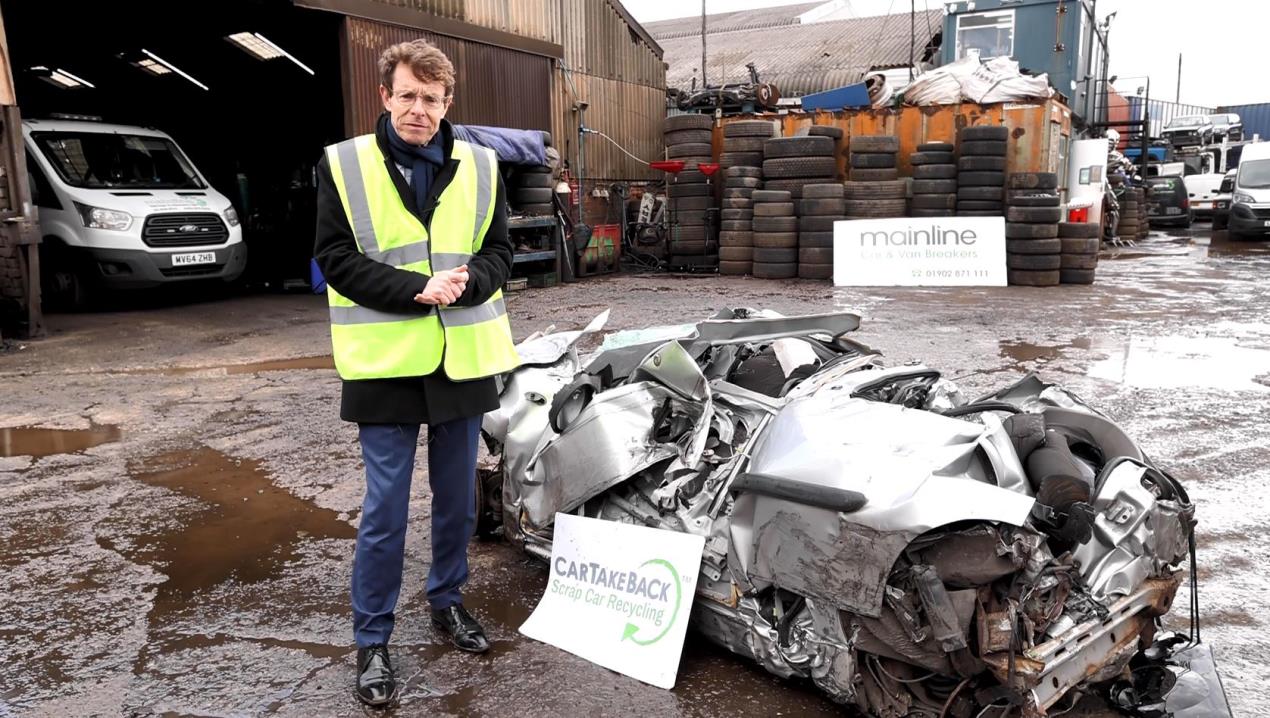 Cllr Jim O’Boyle, cabinet member for jobs and regeneration at Coventry City Council, said: “Coventry is in the vanguard of new technology and environmentally friendly travel.

“We’ve got the most electric vehicle charging points per head of population anywhere in the country outside London, our buses are going electric and we are trialling an interesting tram system called very light rail.

“Environmentally friendly travel is the way forward and this is a great opportunity for people to give up their older polluting petrol and diesel cars and try it for themselves. It’s a great way to show people there are alternatives to the private motor car.”

The trial is funded from the £22 million Future Mobility Zone grant given to the region by the Department for Transport to develop and test new transport technology and schemes.

Further trials are currently taking place via a Future Transport Showcase at the University of Warwick.

Check Out Our Other News sites:

You may have missed